The Stockyards in New Brighton

The below article, written by former NBAHS Board Member Mark Haidet, a resident of Applewood Pointe, was done for its monthly newsletter. Mark is a professional historian that helped craft the Minnesota Historical Society into what it is today. He spent 36 years at MNHS as Director of Development leading capital campaigns for the Society. He then transitioned into the Senior Development Officer for the Minnesota State Fair Foundation. He has now retired.

New Brighton owes its beginnings to a group of prominent Minneapolis businessmen, including John S. Pillsbury, William D. Washburn, Thomas Lowry, and William Dunwoody, who envisioned the creation of a major stockyards and meat packing center. As the Dakota and Montana Territories developed as ranch land in the 1880s, they saw an opportunity to develop the leading meat processing center between Chicago and the Pacific Northwest. In 1887, they organized the Minneapolis Stock Yards & Packing Company. The Company purchased over 1,000 acres on the southeast shore of Long Lake. The site was selected because of its access to the western railroads and the fresh water supply needed to water livestock and produce ice for refrigeration. (St. Paul businessmen incorporated the Saint Paul Union Stockyards Company in 1886 and began developing the South St. Paul Stockyards at the same time.)

In the summer of 1889, more than 500 construction workers transformed the area into a flourishing center of activity. The Twin City Stockyards measuring 1,200 feet by 600 feet could water and feed up to 5,000 cattle, 10,000 sheep, and 20,000 hogs daily.  Two multi-story slaughter plants capable of processing over 3,000 head of livestock daily and the Stock Exchange Building/Cattleman’s Hotel were also built. Company founders created the New Brighton Land Company to develop the village and sell lots.  Several related businesses – rendering plants, hide and tallow factories, and several small slaughterhouses – were built in the vicinity. In the early years, several hundred thousand head of livestock were fattened up and watered at the stockyards annually.  In 1897, 5,989 rail cars delivered 370,000 sheep, 86,000 cattle, and 63,000 hogs to the stockyards.

The stockyards and packing plants closed during the Financial Panic of 1893. In 1897 the complex reopened. The headline in the April 11, 1897, issue of The Minneapolis Tribune declared New Brighton – The Pork Packers’ Paradise. Fire destroyed the smallest of the two packing plants in November 1897. The other ceased operations in 1900 due primarily to unfavorable railroad shipping rates influenced by Chicago meat-packing operators. The Minnesota Transfer Railway continued to operate the stockyards into the 1950s as a stopping point for feeding and watering livestock while they were in transit to packing plants located elsewhere.

Ruins of the stockyards and associated structures can be seen (with interpretive signage) from the walking trail between the beach and the boat ramp in Long Lake Regional Park. The two packing plants were near the API buildings and View Apartments; the stockyards were in the area of the housing development south of the park entrance.

Click or swipe on photos to view more photos.

These four photographs show the massive Twin City Stockyards with its barns and pens in the late 1890s. Long Lake and the large ice houses appear in the distance in the second photo on top. The third photo shows the Exchange Hotel in the background. Shown above is Martha Bona, with the Exchange Hotel, behind left.

To learn more about the stockyards, see our four historical books for sale at the New Brighton City Hall and at Beisswengers Hardware. Please continue to support us by purchasing our interesting books and joining our society. 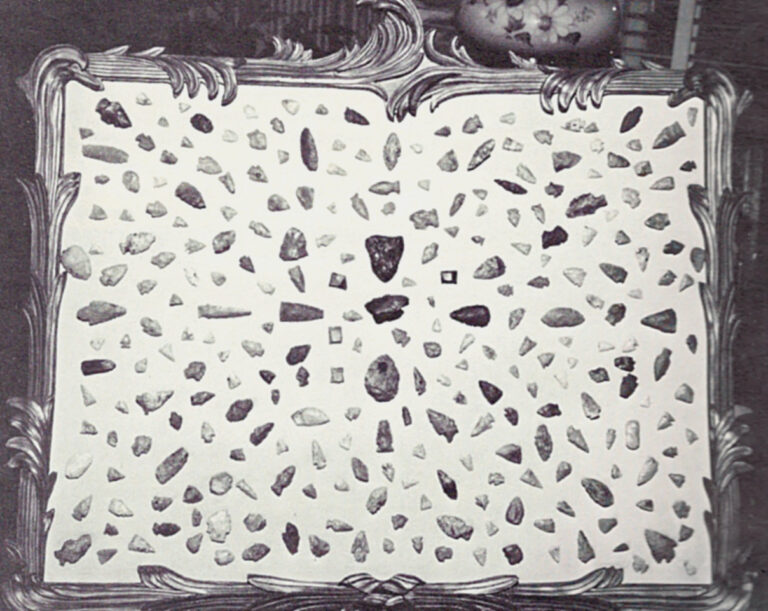 The New Brighton Area Historical Society sponsored a presentation by Dr. David Peterson about “The Dakota People on Long Lake” Leone Aronson Arrowhead Collection Around 1740, Dakota people settled on the north side of Long Lake near the inlet of Rice Creek. They called their village Otonwewakpadan or “Village on a Stream.” The French are… 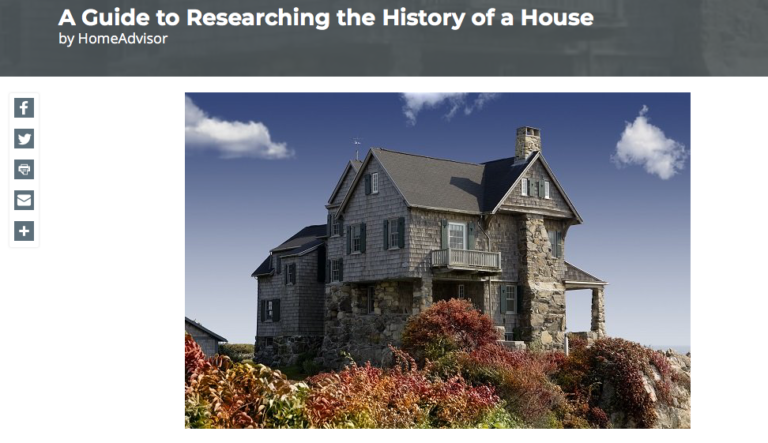 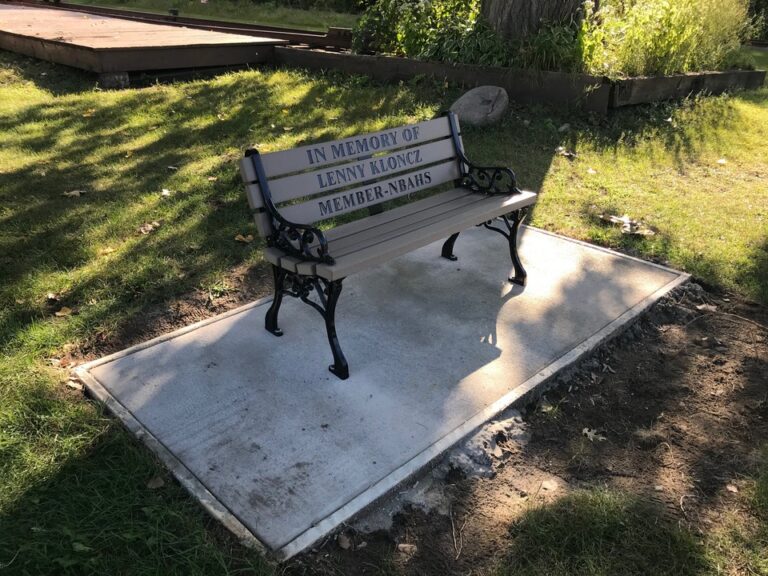 Here are photos of the park bench that the New Brighton Area Historical Society installed in front of the New Brighton History Center at Long Lake Park in New Brighton, MN in honor of Lenny Kloncz, who provided many hours of volunteer labor and support for the society from 1980-2017. For many years he spent… 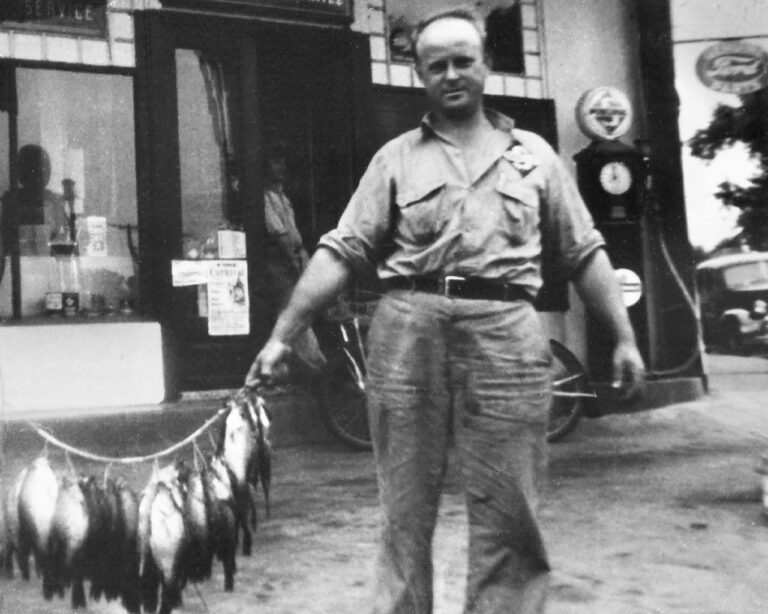 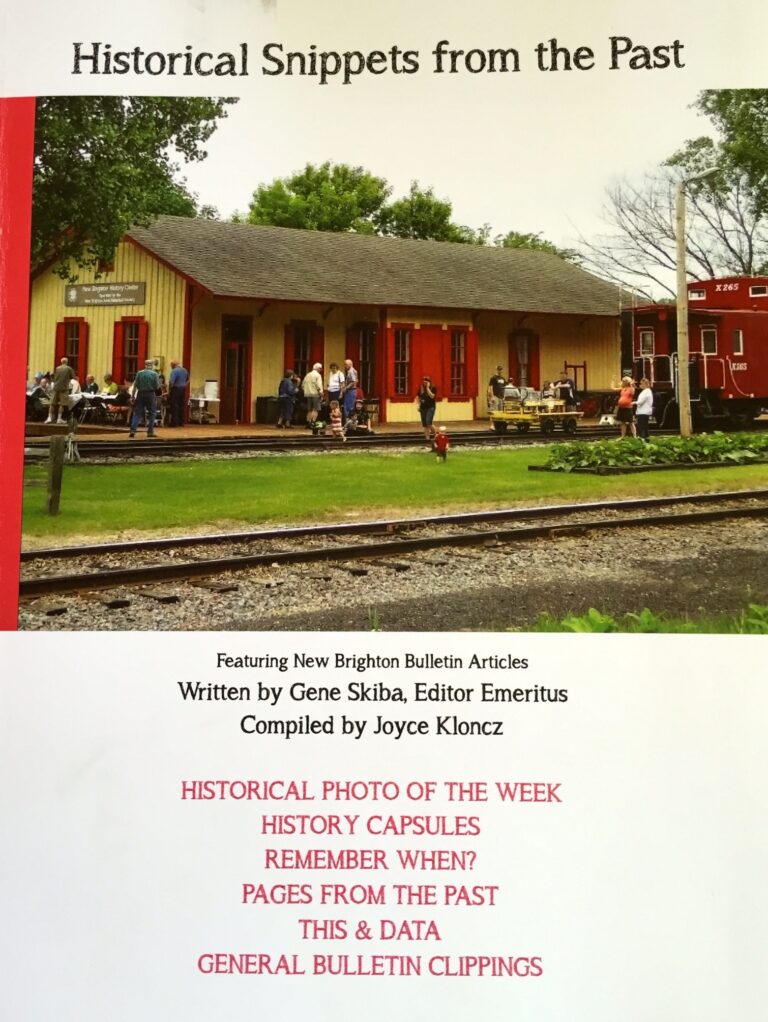 Our newest book, Historical Snippets from the Past, is now available for purchase for $12. You can purchase this book of Gene Skiba’s New Brighton Bulletin articles at New Brighton City Hall, New Brighton Community Center, Beisswengers Hardware, the New Brighton History Center (summers) or call 651-633-4070 for mail orders. Information about our other books…